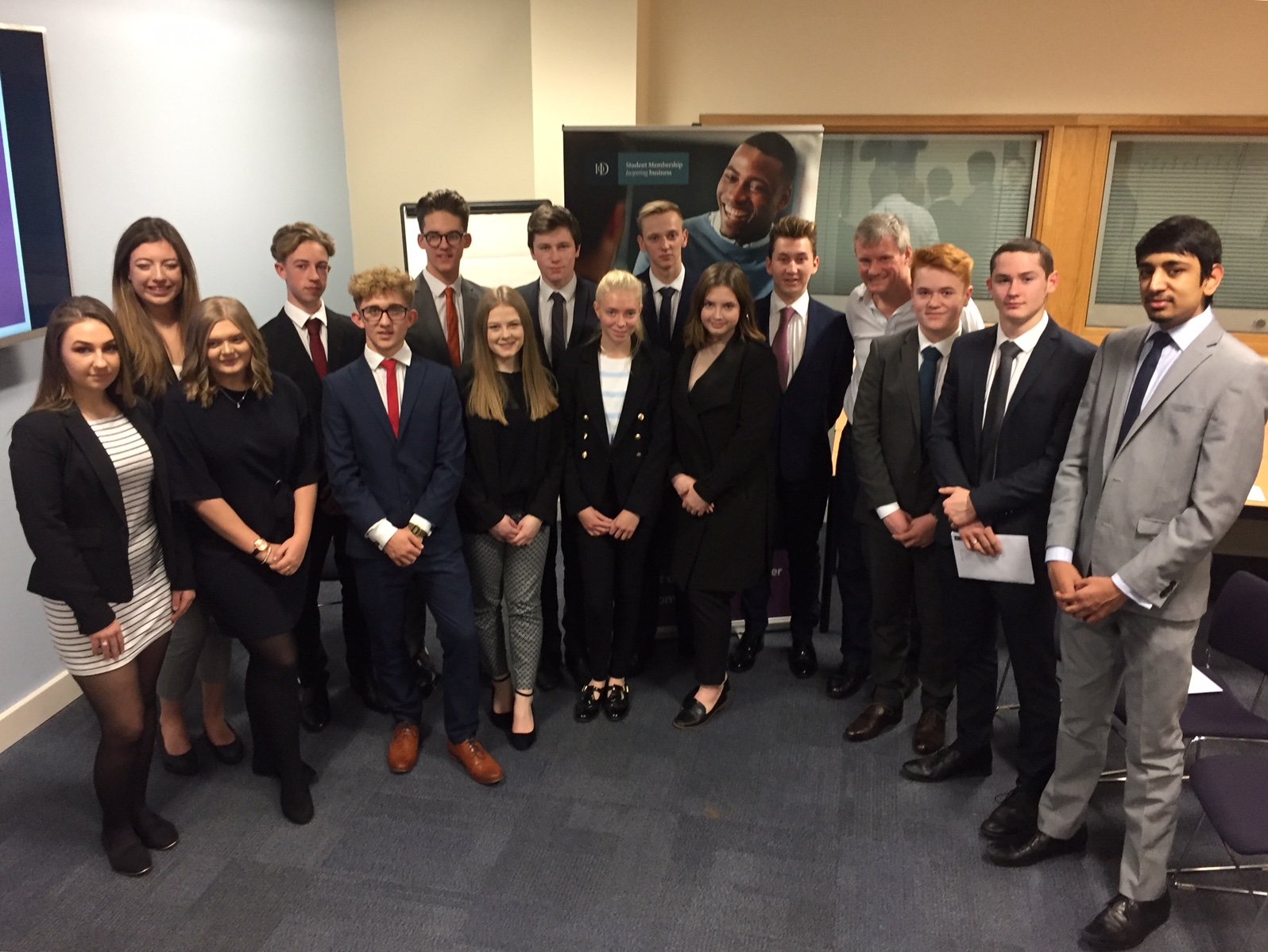 A pioneering link between a sixth form in Ipswich and the Institute of Directors (IoD) is celebrating its fifth anniversary of working together.

In 2012, students from One in Ipswich were offered the chance of becoming the first group of 16 to 19 year olds in the country to be offered membership with the IoD. (They are still the only sixth form in the UK to have this partnership as other student members are at universities).

26 people joined in 2012. This year, 47 people applied to become student members of the IoD and 14 were chosen. All had to apply and then were independently chosen based on their credentials and suitability.

Graham Kill is the Chair of IoD Suffolk. He welcomed the group to the Institute by way of a presentation.

He said, “Our partnership with One was the first in the country of its nature. One students are the directors of the future and we are here to help them on their business journey. It’s a highly competitive world and every little thing that you can do to gain an edge on others will help you stand out. Based on case studies of previous One IoD Student members, we strongly believe that the Institute can give you that edge.

“We offer huge amounts of support, good will and networking opportunities. We are very keen to get young people involved in our membership at the earliest stage of their business journey. They should have a voice today and it’s important that we connect with them. We have a long-standing relationship with One and we hope that this continues to flourish. Young people are full of energy and ideas and as an employer and member of the IoD – the better we can understand their needs the better it is for everyone.”

17 year old student Alex Shipp from Claydon, said, “I’m the chair of the IoD One sixth form branch. Last year I wanted to see how it could benefit me personally and it was amazing. We had big companies coming in to mentor us and give us advice.

“This year I’m focussing on the networking. I’m hoping to make contacts and I’m sure that my fellow students will make the most out of this opportunity. From my point of view, if I could sum up the value of having a relationship with the IoD, I would say, that it changes you as a person for the better and gives you so much help, support and advice.”

17 year old James Stickley from Woodbridge, said, “I was involved last year and got work experience opportunities with Lloyds Bank and Beckett Investment Management Group. In the future I will be working with Ipswich Building Society. Long term I want to go into trading. It’s great to be involved again this year and the connections I make by being involved will be a big help in the future.”

Teacher of Accounting, business and IoD co-ordinator, Paul Hinchliffe, said, “It’s a fantastic opportunity (that we have with the IoD) and it’s one we really value. It gives our students a step in the right direction in terms of what they want to do in the future. The experiences they will get through this opportunity will help them with their future career progression. We are the only place in the UK (sixth form wise) to get this opportunity – so we feel very proud and privileged.”