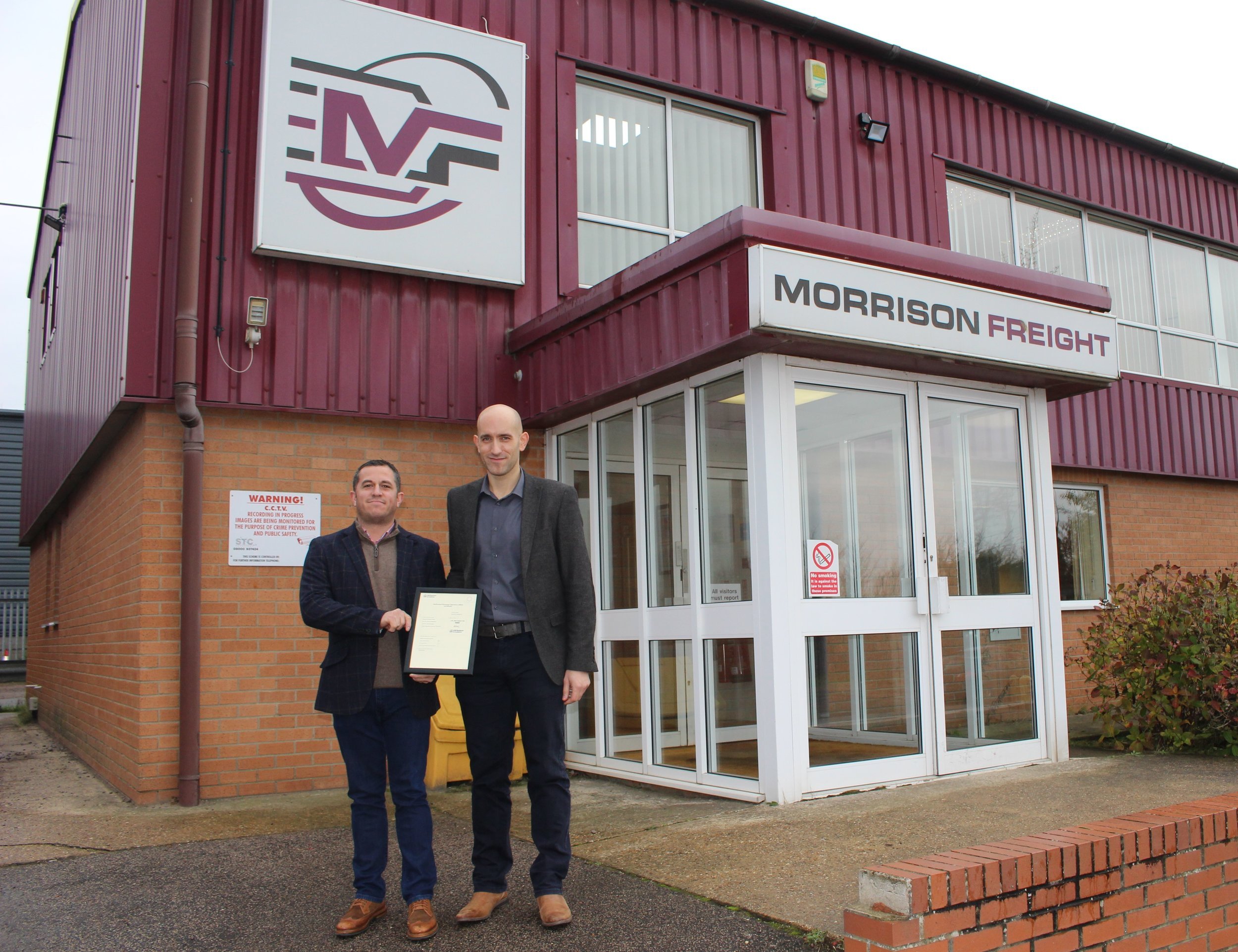 A freight company has announced a series of measures aimed at combating the outcome of the Brexit negotiations – including achieving an internationally-recognised quality mark.

Owners at Morrison Freight have admitted they wanted to be on the front-foot – despite not knowing how the current discussions between the Government and the European Union would affect their business.

And their pro-active plans have already reaped dividends after landing three new clients on the back of their Brexit approach and achieving Authorised Economic Operator status.

The successful completion of the AEO process took almost a year and involved a “heavy financial investment”, according to managing director Lee Steward.

Lee said: “We are delighted that all the hard work and compliances which need to be fulfilled to achieve this status has been rewarded.

“We all know there is a lot of uncertainty about how the Brexit negotiations will end. But instead of waiting for news, we wanted to act as promptly as possible in starting the AEO process.

“It involved a heavy financial investment, but we felt it was important and necessary and obtaining AEO status will certainly be a benefit to ourselves and our clients.”

The new certification – which saw Morrison Freight identify four key members of staff to support it – is an internationally-recognised quality mark which will speed up and simplify customs procedures.

And it is only one measure put in place by the Great Blakenham-based company as they look to be as ready as possible for the end of the Brexit negotiations in March.

Greater staff training, including courses by trade organisations such as Freight Transport Association, have been undertaken as well as Morrison Freight working closely with its clearing agent, Channelports Ltd, to look at every eventuality.

Lee added: “I have been shocked by what seems to be a sluggish approach from some companies within the industry when it comes to planning for Brexit.

“No one has a crystal ball, but I believe you can still be pro-active so customers feel a little more at ease.

“We are also delighted that we have secured three new clients on the back of the measures we have put in place and proactively investing time and money ahead of Brexit.”