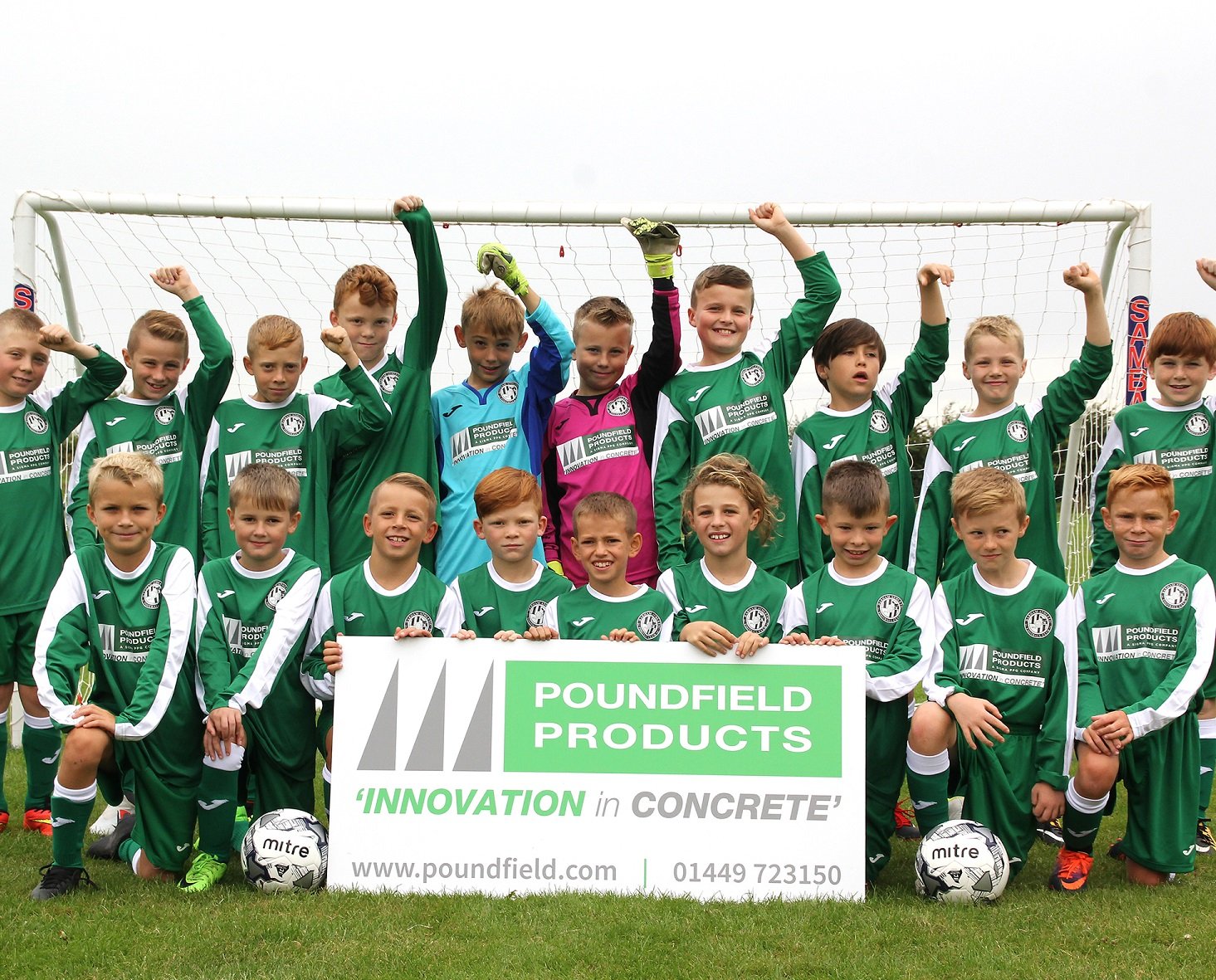 Poundfield Products Ltd., the leading Suffolk-based pre-cast concrete manufacturing company has launched its sponsorship of a local youth football with not one – but two – victories.

Poundfield Products, which is now part of SigmaROC PLC, an AIM-listed company, has a proud track record of supporting local community projects and when its operations director, Paul Sheppard heard that one of the youth in his local village was struggling for funds, he was able to call on his employers to help out.

Poundfield Products donated money to Barham Athletic under-10s to pay for their brand new kits to ensure they could compete with pride against other clubs.

During the first games of the season on 9 September, the Barham boys responded in kind: the first team won 5-0 and the reserves edged a close game 2-1.

Paul Sheppard explained the reasons for backing Barham Athletic under-10s: “as a company with its roots in Suffolk and with our staff coming from many of the local communities around our manufacturing base, we are passionate believers in supporting positive initiative such as this one.

“As the manager, Gareth Hayler has inspired the 19 boys who make up the team and given them a sense of purpose and enjoyment – and one that doesn’t depend on watching a TV screen! Gareth has done a brilliant job at leading the team!”

Gareth Hayler added: “a lot goes in to running a grass roots football team and with the support of local companies like Poundfield Products the job that I and my coach, Rob Iacobucci, do is made that little bit easier. Having a new kit breeds excitement and a new lease of life into the team. The children have been looking forward to the kit turning up for weeks. We are very grateful to Paul and Poundfield.”

Mat Moss, finance director at Poundfield Products said “like Poundfield, it looks like Barham Athletic under-10s are winners. We wish them every success during this season and we are proud to be associated with them.”