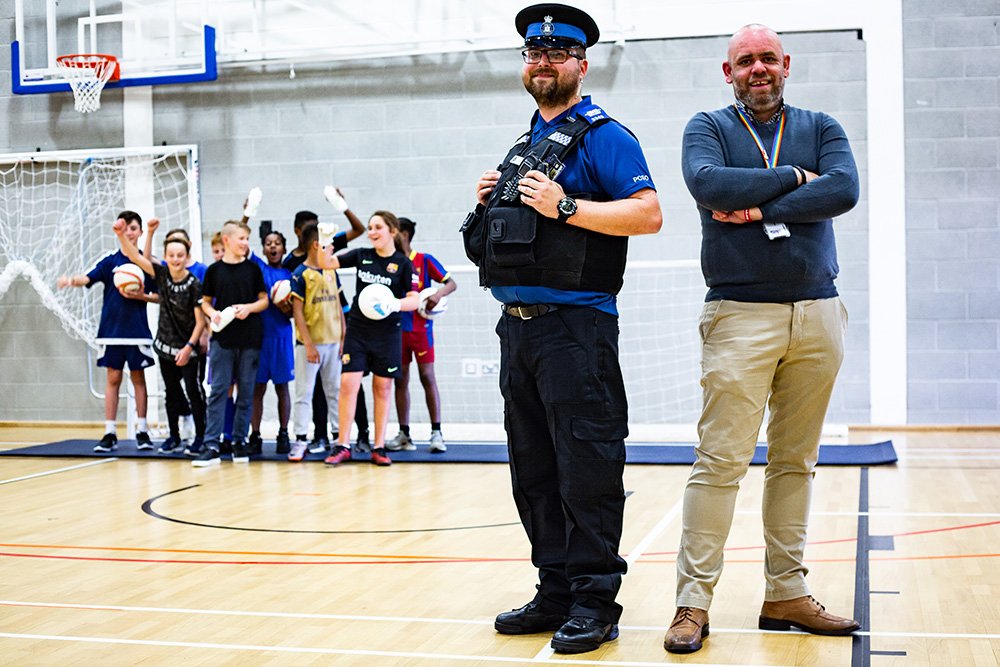 Co-op Secure Response and Suffolk Police have come together to tackle anti-social behaviour in Ipswich with a simple game of football.

The main objective of the initiative is to break down barriers between young people and the local authorities, and to help reduce potential anti-social behaviour by providing a positive activity to take part in. The sessions combine education on the consequences anti-social behaviour can have on others, and encourage those attending to learn from each other and build new friendships.

Scott Walker, Anti-Social Behaviour Officer for Co-op Secure Response, said: “Five years ago the East of England Co-op introduced an anti-social behaviour team to their security services. Since then, we have been very proactive in establishing partnerships with the police and local authorities, and work closely with our colleagues and customers to provide a safe working and shopping environment.

“The Chantry Football project is one of many initiatives to engage, educate and work in partnership to help tackle anti-social behaviour. The project mixes football with community safety. We have had fun playing football together and it has really broken down any misconceptions and preconceived opinions on all sides.

“It’s been great for the young people involved and given them an opportunity to come together and make new friends. It has also been good for the volunteers involved, learning about issues and concerns teenagers are experiencing. I have learnt a great deal from the young participants and I believe they now have a more positive view of the authorities as well.”

PCSO Craig Gibbs, Suffolk Constabulary said: “The main reason for the initiative was to give the young people of Chantry something to do over the summer. It’s turned out to be a brilliantly effective multi-agency project, and the young people involved have really enjoyed it. They have all come from different walks of life and this has brought them together and helped them to form unexpected friendships.

“The project has proved to be a great opportunity for not only the young people involved to form these new friendships and learn valuable social skills but also for the agencies involved to develop themselves. The young people now see us in uniforms as humans and not just figures of authority. Using education over enforcement we’ve broken down some barriers and we are really pleased with the outcome of the project.”

One of the youngsters, who has regularly attended the football sessions, said: “It has been great fun to have a kick about and make new friends. Football is my main hobby and during the summer holidays it is better to be active than be at home playing on my Playstation.

“I’ve also enjoyed getting to know the local police officers and Co-op team – playing football with them has helped me see them as normal people and not just as the people they are at work.”