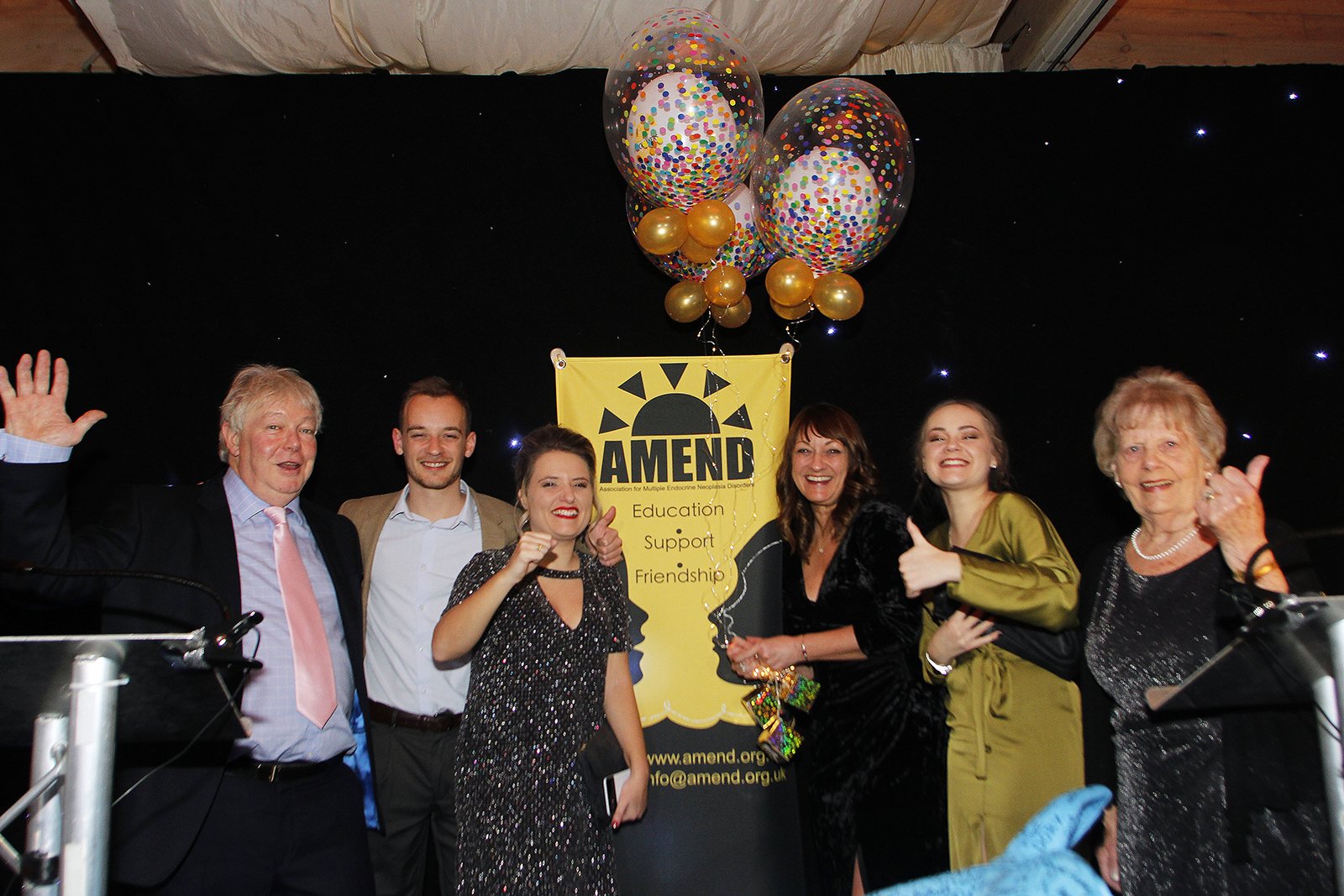 12 months of fundraising in memory of a local businessman culminated with a dinner event at Trinity Park attended by over 400 guests.

The Nick Fayers Amend Fund was launched in memory of local businessman Nick Fayers, who was MD of Barnes Construction until he passed away in December 2017 aged 56 from MEN1.

This time last year, a  fundraising committee was set up by Barnes Construction  consisting of willing volunteers under the Chairmanship of Eric Benton,  including Nick’s wife Julie, mother Liz and children Charlotte, William and Hannah, as well as his colleagues at Barnes and local companies involved in property and construction in Suffolk, who got together with a common aim to hold a range of activities and events that would attract donations and raise as much money as possible for this relatively unknown condition.

The last 12 months has seen many events and fundraising initiatives from skydiving, marathon running, cycle rides and golf days taking place. In addition, the Big Blue Piggy became the campaign’s mascot travelling around the county attracting donations, as well as being a place for those that knew Nick to sign and jot down their memories of him. All this activity raised just over £64,000 before Saturday’s grand fundraising dinner, the culmination of the campaign.

Local businesses and individuals generously donated prizes and experiences for a raffle and auction on the night, with the star prize being the Big Blue Piggy which was auctioned as the final lot for the evening. The night was rounded off with a presentation by joint MDs of Barnes Construction, Bob Steward and Mark Hart, who gave an overview of the year’s activities and then revealed the total amount raised; a staggering £100,000.

Nick’s widow, Julie has been overwhelmed by the goodwill messages and support she has received and said: “As a family we cannot believe the generosity shown, not just in the money raised, but the precious time and support we have been given. All the money raised will go directly to AMEND and help support further research into MEN1. It will make such a difference to the work that this small charity does to help those suffering from MEN and their families.”