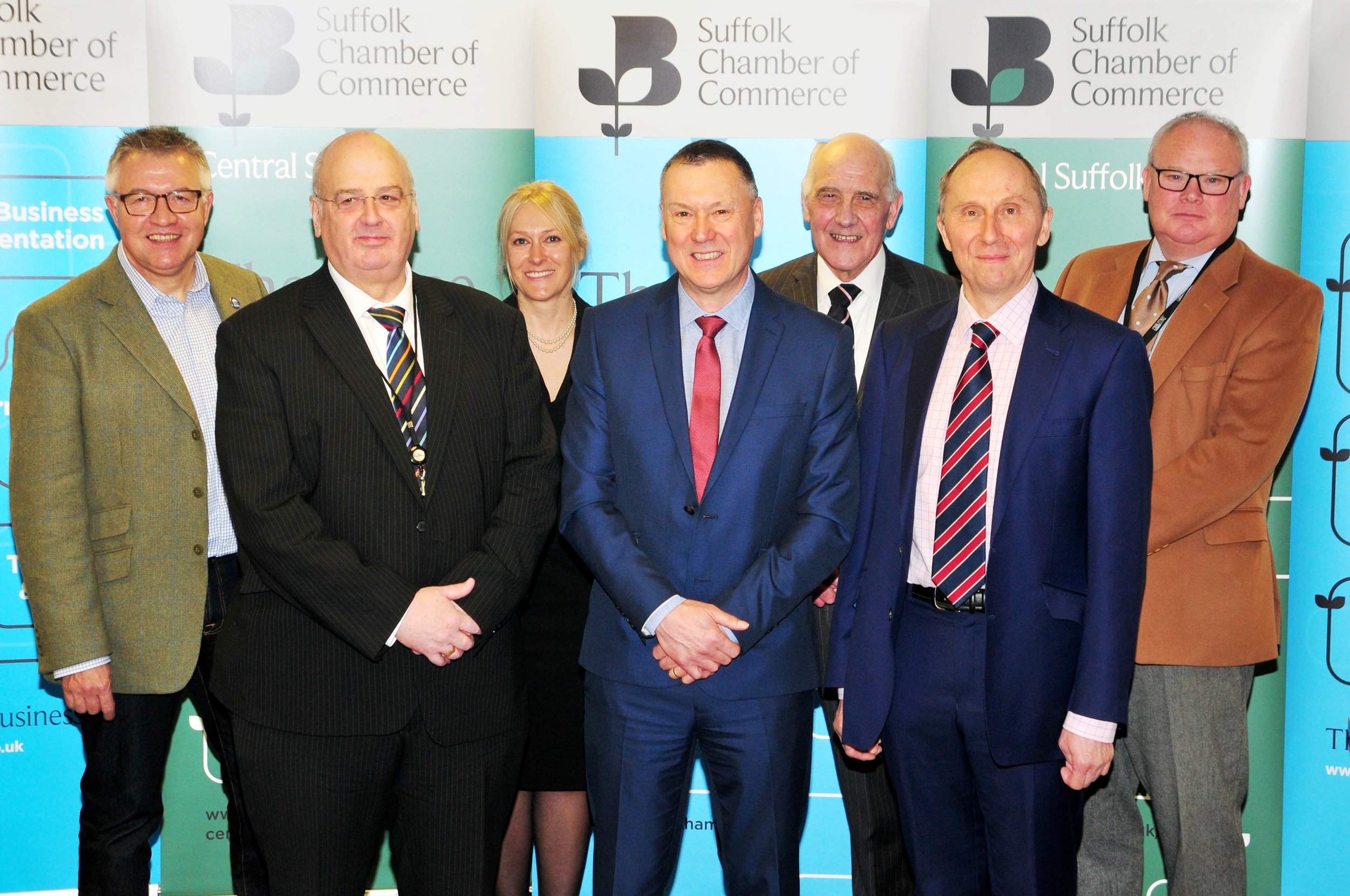 Suffolk’s leading business organisation has launched a new initiative aimed at delivering improved business support and representation across the Babergh and Mid Suffolk areas of the county.

Suffolk Chamber of Commerce, the voice of business in the county, has kicked off its plans to set up a new Suffolk Chamber in Central Suffolk subsidiary to complement its root and branch approach to lobbying, representation and business support that is already reflected in west and east Suffolk.

It is now looking to recruit businesses to a local board and craft up a manifesto that will give direction to its long-term campaigning efforts.

It is anticipated that the next few months will see a local business board created and a manifesto crafted that will drive direction to its long term local campaigning and business support efforts, with this manifesto formally being launched in the autumn of 2019.

As a grassroots member-led body, Suffolk Chamber is organised into a number of ‘branches’ that offer a localised or thematic focus. Therefore, there are geographical subsidiaries in the West of Bury St Edmunds, Haverhill & District, and Newmarket & District, and in the East Lowestoft & Waveney and Greater Ipswich, plus three sectoral groups: Suffolk Chamber Business Women, International Trade and Transport & Infrastructure group.

Graham Abbey, president of Suffolk Chamber said: “We have quite a number of members across the central Suffolk area and listening to feedback felt now was the time to give them the same localised representation as other areas across the county.

“As with all other parts of our organisation, Suffolk Chamber in Central Suffolk will provide both day-to-day advantages to our members there and help build a longer-term understanding of their future needs with their local councils, MPs, the New Anglia Local Enterprise Partnership and Suffolk County Council, to name a few key stakeholders.”

Suffolk Chamber in Central Suffolk will work collaboratively alongside the existing town chambers in the area: Hadleigh, Stowmarket and Sudbury.

Suffolk Chamber’s plans to establish an area presence across Babergh and Mid Suffolk have been welcomed by both councils, which are seeking to put their relationships with the business community onto a similar, strategic footing as other parts of the County in order to deliver services that assist existing businesses to grow and attract inward investment.

Cllr. Simon Barrett, Babergh District Council’s cabinet member for economy said: “Every business thinks differently and has different needs.  Once up and running, Suffolk Chamber in Central Suffolk will work together with our business communities across both districts, recognising those needs and helping ventures of all types and sizes to develop and thrive.”

Cllr. Gerard Brewster, Mid Suffolk District Council’s cabinet member for economy said: “The introduction of Suffolk Chamber in Central Suffolk forms a key part of our Open for Business Strategy, as it will help facilitate a strong and unified voice for the local business community. It will also provide a platform for businesses to lobby central and local government to create the environment, where businesses can thrive and prosper.”