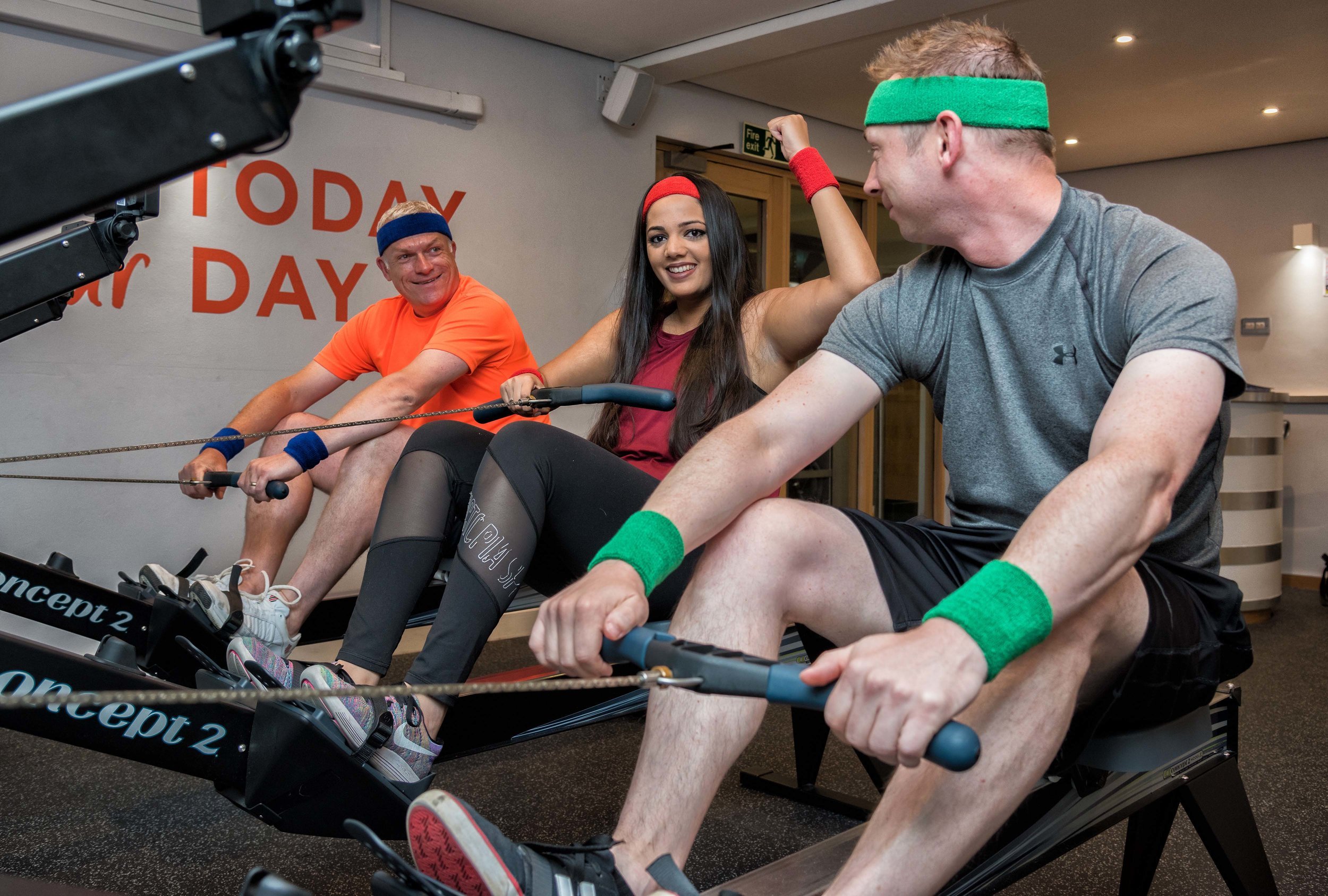 Local businesses have taken part in an Oarsome workplace challenge to raise funds for The Soma Leo Foundation, an Ipswich-based charity. The Soma Leo Row-a-Fun ran throughout May, and nine teams from six companies in Ipswich and Colchester rowed-it-out to see who could travel the farthest distance (on rowing machines), while raising funds for the charity.

Teams from AXA, Concertus, Hiscox, MHA Larking Gowen, Prettys and Pound Gates rowed consistently over the month and also took part in gruelling weekly challenges, including a 1km sprint, the fastest to row the distance of The Oxford & Cambridge Boat Race (6.8 km) and rowing in fancy dress. Overall, the nine teams rowed over 4,000 km; equivalent to rowing from the port of Felixstowe to Newfoundland and Labrador in Canada. The winning team (of 10 people), The A Team from Pound Gates, collectively rowed over 1 million metres during the challenge.

A total of £13,219.02 has been raised to date. Pound Gates donated £1,525 through its matched giving scheme, which was triggered when individuals hit certain distance and fundraising targets.

Funds raised will support The Soma Leo Foundation. Established in 2015, the charity provides education and support to disadvantaged communities in east Africa. This is achieved through the charity’s own school The Soma Leo Academy, located in Nyiera, western Kenya and by supporting other schools in nearby Osieko. It costs £168 per year to educate and provide nourishment for each of the 130 pupils at the school.

The event was organised by Pound Gates, whose directors, managers and staff are involved with the charity either as Trustees or providing all of the administrative resources the charity requires.

Commenting on the challenge, David Collins, Client Services Director at Pound Gates and Trustee for The Soma Leo Foundation said: “We are absolutely blown away by the enthusiasm of everyone who took part, and the funds we were able to raise, almost doubling our original fundraising target of £7,000. We would like to thank everyone who participated and the companies, friends and families who supported the rowers with their generous donations.”

The challenge was also supported by Suffolk’s Most Active County Partnership. Cllr James Reeder, cabinet member for health at Suffolk County Council commented: “Raising money for charity can be a powerful motivator for people to be active, whilst, from a business perspective, having a fit and active workforce is a powerful way of reducing absenteeism and boosting productivity. The Row-a-Fun initiative provides a good model for encouraging activity in the workplace and one that I hope other businesses will follow.”