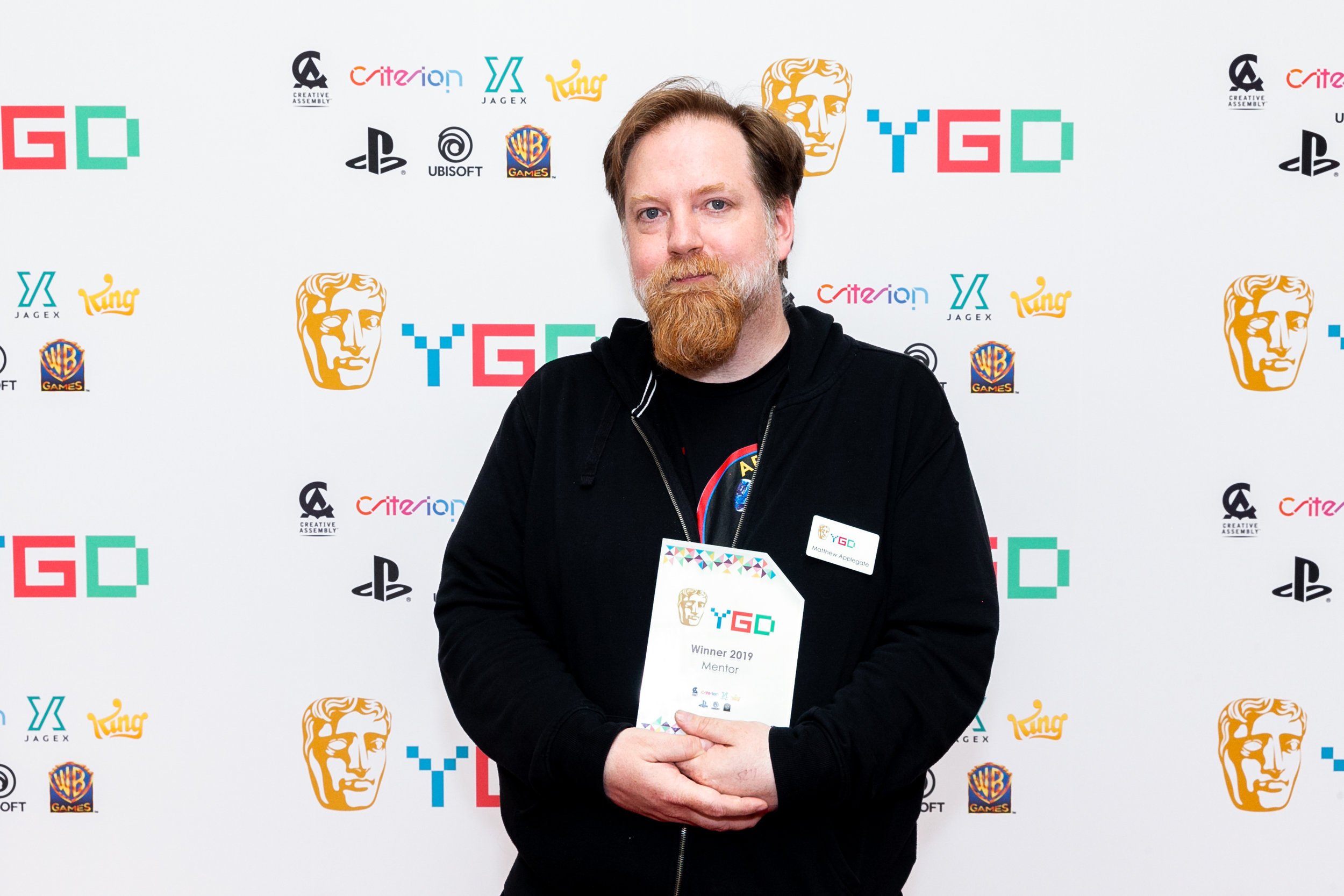 The British Academy of Film and Television Arts (BAFTA) has announced the winners of the 2019 BAFTA Young Game Designers (YGD) competition at an awards ceremony last night at its headquarters, BAFTA 195 Piccadilly. Four aspiring game designers aged between 10 and 18, as well as an inspirational teacher, have all been honoured with BAFTA YGD awards.

Matthew Applegate, founder of Creative Computing Club, which operates in Ipswich and across Suffolk, won the Mentor Award

Matthew Applegate, founder of Creative Computing Club, which operates in Ipswich and across Suffolk, has won the BAFTA Young Game Designers Mentor Award. This Award is presented to an individual nominated by the public for their involvement in the education of young game designers.

“It feels incredible to have won the award and it gives me a lot more power to go back to where I teach and tell students that gaming is a proper job and a real career they can get into. Winning the award also means I can talk more confidently to parents, schools and local council to get them behind what we do.”

Matthew Applegate set up Creative Computing Club in 2012 and it now works with more than 300 young people every week across Suffolk helping them to engage in technology-based sessions. The clubs offers short courses on everything from robotics to artificial intelligence to game design. Matthew also works with nine Suffolk schools to help young people to learn about making games.

As well as the Mentor award, BAFTA YGD competition, now in its ninth year, presents awards to young people in two main categories: The Game Concept Award, for a written idea for a new game; and the Game Making Award, for a game made using computer software. The 2019 winners, chosen by a jury of industry experts, are:

In a written message to attendees and the young finalists, HRH The Duke of Cambridge and President of BAFTA, said: “This year the entries have an overwhelming social purpose to them, focusing on issues including mental health, climate change, conservation, disability, bereavement, and transgender rights. Many of the game ideas strive to educate players of all ages on the social issues they address, hoping to prompt real change in people’s lives. I think it is fantastic to see young people using games to express themselves and purposes that they identify with.”

The annual YGD competition, which began in 2010, aims to demonstrate the creativity that goes in to game design and give young people, and their teachers, an understanding of the rewarding careers available within the industry. The four winners, chosen from 53 finalists, received a host of prizes, including tours of games studios, software licenses, games and a mentor from the games industry to help them develop their skills further.

Previous winners have gone on to have successful careers within the industry. Dan Pearce was part of BAFTA’s flagship new talent scheme ‘Breakthrough Brits’, before becoming BAFTA nominated for his work. Dan Smith released his game The Spectrum Retreat with Ripstone Games Publishers last year. The game went on to be nominated at the Writers’ Guild of Great Britain Awards.

Dr. Jo Twist OBE, Chair of Games Committee at BAFTA, said: “It is fantastic to see such a high calibre of games from upcoming creative talent being rewarded. It’s been another great year for the competition, and with previous winners having gone on to be BAFTA nominated, I can’t wait to see this year’s winners go out and make their own mark on the industry.”