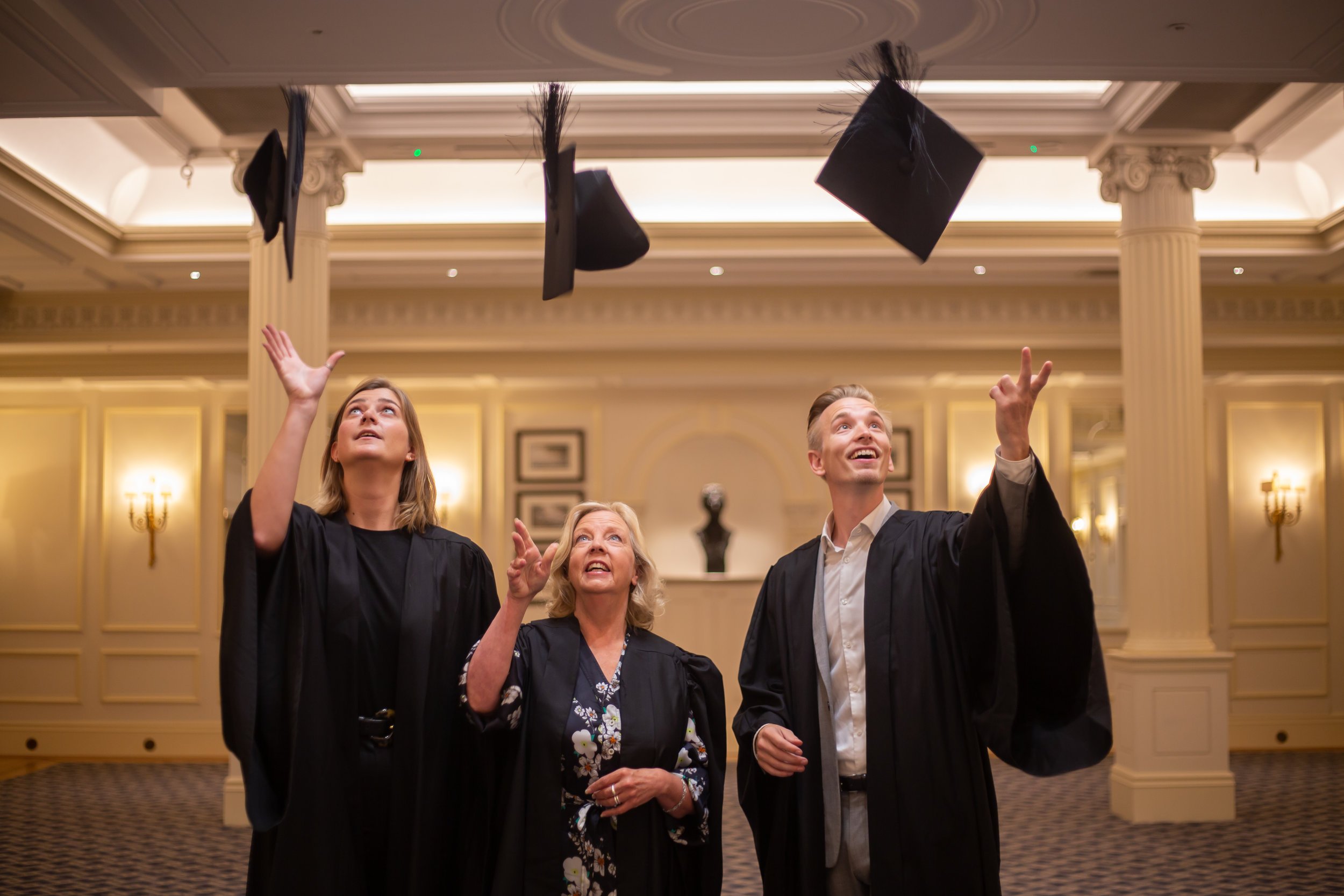 From Responsible Investment to the Dragons’ Den

Two young Cambridge social entrepreneurs win significant investment for their ethical graduation gown business on prime time TV, off the back of support from a local responsible finance provider …

A socially motivated enterprise that was only able to scale thanks to support from East of England’s only not for profit responsible finance company, Foundation East, went head to head with a panel of high-profile investors on BBC2’s Dragon’s Den. Seeking £60,000 investment, they received offers from both Deborah Meaden and Touker Sulleyman, ultimately accepting Meaden’s investment in exchange for 22% of the business.

Launched in May 2018, Churchill Gowns supplies high-quality graduation gowns, mortarboards and associated graduation paraphernalia to students, universities and tertiary institutions throughout the UK. It is committed to ethical manufacturing, environmental sustainability and social responsibility. Its clothing costs graduates around 30% less to hire and 80% less to buy than from other suppliers.

All of its gowns are made from 100% recycled plastic, meaning that for every gown manufactured, the equivalent of 28 plastic bottles have been saved from ending up in landfill or the ocean. The company also donates 10% of its profits to educational and environmental charities.

“We aim to disrupt the graduation clothing market by enabling students to make ethical choices, rather than being forced to hire gowns from their universities’ preferred suppliers. With a complaint already lodged with the competition regulator and now the support of Deborah Meaden, who spoke in strong terms about wanting to shake up the industry, we’re in an increasingly strong position to do so,” commented Ruth Nicholls, operations director and co-founder of Churchill Gowns.

Without the support of Bury St Edmunds headquartered Foundation East though, Churchill Gowns may never have got off the ground, advises co-founder and managing director, Oliver Adkins:

“Without the initial funding from Foundation East though, we may never have got off the ground let alone on to TV! Foundation East are unlike other lenders. They are prepared to take significant risk investing in companies that meet their social impact criteria without requiring them to provide security against the loan or a stake in the business. As a not for profit Community Development Finance Institution (CDFI) they reinvest all their surplus back into the East of England’s business community, which sits well with our ethics. We could not be more grateful for their early support.”

“We are proud to be part of Oliver and Ruth’s journey, as, I am sure are our partners, Cambridge Social Ventures, who introduced us to them. Cambridge Social Ventures has a strong track record of incubating highly successful social enterprises that go on to deliver significant social impact, as well as profit. We are sure Churchill Gowns will be no exception and it seems that at least two dragons agree!”

“Thank goodness for responsible finance companies like Foundation East, who are prepared to take significant risks investing in social ventures. So many of our success stories depend on their support during the early days.”