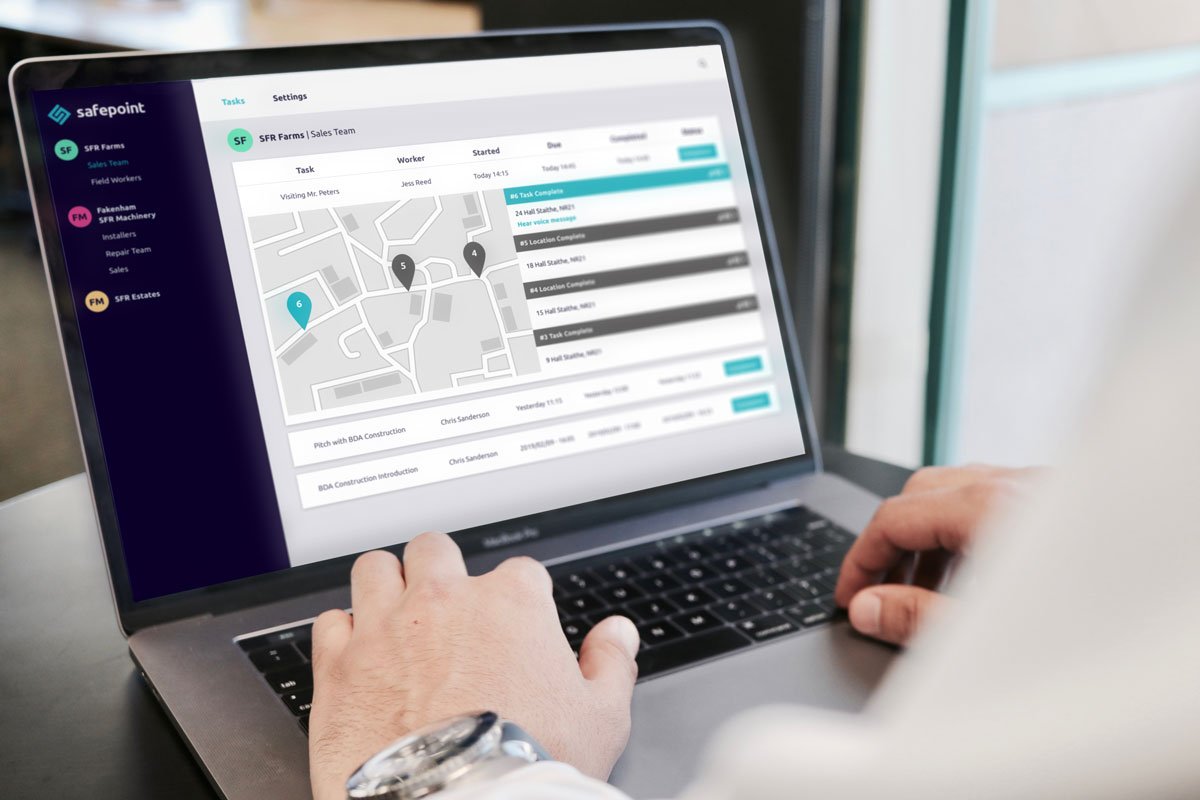 Safepoint, a new web and mobile software platform designed to safeguard lone workers and allow businesses to ensure the safety of their employees has now launched to the public.

By signing up for a 14-day free trial, businesses can now protect their lone workers, whatever their role or location, all from their existing browser and mobile devices.

Safepoint was born in November 2017 at Norwich hackathon Sync the City after winning first prize. Itwas inspired by the heart-breaking story of Robert Geach – an engineer at a water treatment plant who died whilst servicing a filtration system. Geach sadly slipped and knocked himself unconscious before drowning in a shallow pool of water. It was over four hours before his colleagues realised he was missing. Had Robert been found sooner, he could still be alive today.

Callum Coombes, CEO and co-founder at Safepoint said: “We’ve come a long way since the first prototype was developed at Sync the City in 2017. I remember we stayed up until 3am each day during the 54-hour competition! In Spring this year, the University of East Anglia invested in Safepoint to help us scale, which has allowed part of the team to go full-time and for us to really invest in the growth of the platform.”

The Safepoint lone working platform makes it easier than ever for employers to stay compliant with government regulations and to protect their lone working employees. Safepoint is built on two pillars: a mobile application available on both Android and iOS devices, and a web portal that can be accessed through any modern web browser.

Lone workers use the mobile app to log tasks, signal for help in emergencies and share their safety information, such as their GPS location. The web portal can then be used to monitor lone workers, respond to emergencies and make informed safety decisions with real-time data.

James Rogers, engineer and co-founder said, “We’re committed to helping protect lone workers and to building the most powerful and easy-to-use safety platform in the market. We’re already adding new features and there are many more to come!”

Safepoint is already being used by businesses across East Anglia, protecting everyone from engineers to accountants and their 14-day free trial is now open to all organisations, big or small. If you are interested in trying Safepoint’s lone working safety solution or want to chat to Callum and the team about how Safepoint can help your business visit www.safepointapp.com or email support@safepointapp.com.