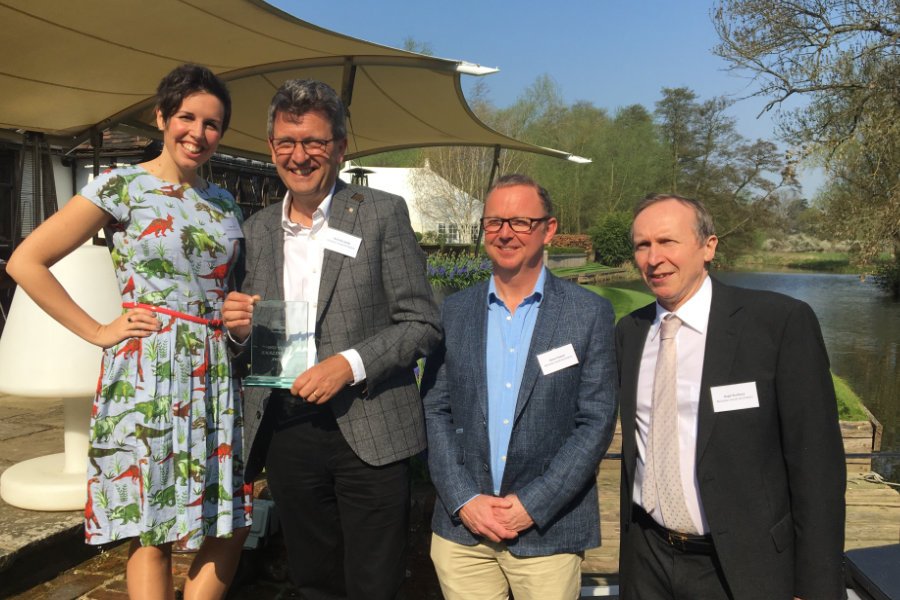 A QUARTER OF A CENTURY FOR INNOVATIVE ARCHITECTS BUSINESS

A multi-award-winning architects practice is marking the milestone of 25 years in business – but claim they have never really left the kitchen table where it all began.
Never Miss A Copy
Sign up now to receive for free the latest magazine as an e-publication
SIGN UP

Nicholas Jacob set up NJ Architects in 1996 at his house in Ipswich, employing Shaun Soanes and Hugh Bunbury who remain with the company today.

But although the trio quickly moved into office premises – first in Berners Street and then to its current home at Wherry Quay on the waterfront – they claim their approach hasn’t changed from the early days.

“The truth is that despite our growth and the size of our office space today, we have never left the kitchen table design approach that we had from the outset,” said Shaun, who joined Nick as a partner when the firm became a Limited Liability Partnership in 2017.

“A vast amount of our time is spent sitting with clients in their homes – in their kitchens – drinking coffee and drawing up plans. It’s where we have the best ideas, it’s where people feel most at home and it’s usually the most important space within a domestic property.”

NJ Architects does not just provide architectural services for homes, however.

In fact, it has worked on several landmark developments across the East including the repairs and restoration of Darsham House, the conservation of The Abbey in Bury St Edmunds and the development of Gippeswyk Hall on behalf of the Red Rose Chain Theatre.

Nick, whose architect daughter Pippa is also now part of the growing team, said: “We are immensely proud of our roots but from those seeds has grown something truly extraordinary.

“Our team of 16 provide expert advice on conservation and historic buildings, challenging contemporary builds and larger projects. Our work consistently wins industry awards, and we are proud to continue to have a home in Ipswich.”

The latest member of the team is Andrew James Culley, who joined NJ Architects last month as an Architectural Assistant.

The business has scooped several awards in the last few years including the category for Individual Trade for its work for its work on Aldehurst, Aldeburgh, and the Restoration category for St Edmunds Church in Southwold at the RIBA Suffolk Craftsmanship Awards, a Highly Commended for its work on The Avenue Theatre at the RICS East of England awards, and a commendation in the SJCC awards for St Lawrence Church, Ipswich.

It was also commended by the Georgian Group, a charity for the protection and appreciation of British architecture of the period, for their work on Darsham House in Suffolk, which has been restored to its original 18th Century finery.

Current projects include working with Vistry Eastern at Colchester Garrison to develop the proposal for the conversion of the former Cavalry buildings into more than 120 residential units and working with Winsley Alms House Trust to provide 16 new state-of-the-art apartments in Colchester. The company is also developing a scheme of 40 apartments in the Holt, Norfolk, with an innovative car charging and sharing scheme, and a mixed-use development in Wells, Norfolk, for private developers.