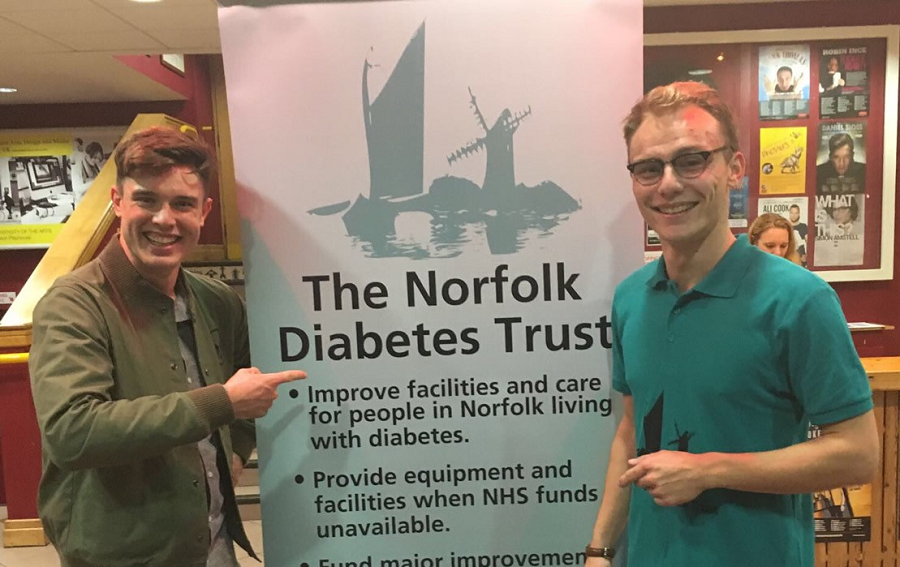 Being Number One: The reality of diabetes

Like many people Norfolk businessman Brian Bush didn’t understand much about diabetes until he was unexpectedly diagnosed with type 1 in July 2016.

Giving Back: The reality of diabetes

Not realising what it was, Brian had been living with the symptoms; increased use of the toilet, weight loss, extreme thirst and tiredness, which he had put down to stress following the death of his father and mother-in-law in difficult circumstances and in a short space of time.

“I had been consulting the doctors over a couple of weeks and just assumed stress was affecting me.”  Brian explained. “Then in July 2016, a partial collapse had me at the hospital where I was diagnosed with type 1 Diabetes. That was the point that I really started to learn about something I knew very little about and discovered how serious this condition can be.”

Diabetes is a group of metabolic disorders characterised by a high blood sugar level over a prolonged period of time. It centres around insulin which is produced by the pancreas to break down the glucose in carbohydrates in the body.

There are currently two main types of diabetes:

Diagnosed more often in young people, this is caused by the immune system attacking itself and harmful antibodies stopping the natural production of insulin within the pancreas.

Diagnosed later in life, with type 2 the majority of, but not all, cases relate to an overworked pancreas unable to cope with the demand for insulin.

Although, type 1 is an incurable immune condition, in most cases, type 2 can be treated by making changes to exercise, diet and prescription drugs. All people with type 1, and some with type 2, will need to inject insulin daily, and people with both type 1 and type 2 monitor their glucose levels regularly.

Brian continued. “My approach to most things unknown is to learn more, and this situation scared me as it could easily kill me if not managed. So, I started to research and found great resources at the charities, JDRF UK and Norfolk Diabetes Trust (NDT).”

Who are JDRF and NDT?

JDRF UK funds research into type 1 to find a cure and to improve the lives of those living with the condition, and NDT supports people with financial assistance through clinical partnerships. NDT was originally set up by the Bertram family, of Bertram Books, who funded the original £100,000 to develop the Elsie Bertram Diabetes Centre at the Norfolk & Norwich University Hospital.

For people with diabetes, as Brian found, support is vital and both charities have proved hugely useful.

“There is a real lack of awareness, with many considering the condition a weight or diet related issue and not knowing the difference between type 1 and type 2. Too often, even in the mainstream media, is the view that you can change your diet and get rid of the condition.

“I became involved in both charities helping them raise awareness of the condition and their work across the region. The more we can support people with these life changing conditions, the earlier things can be improved for them.

“What I hope for is a cure” Brian reflected “until then it is all about support for those living with diabetes and these two great charities are certainly top of that list.”

Brian Bush is a Business Growth Specialist. For more information on either JDRF UK or Norfolk Diabetes Trust, please visit jdrf.org.uk and norfolkdiabetestrust.co.uk