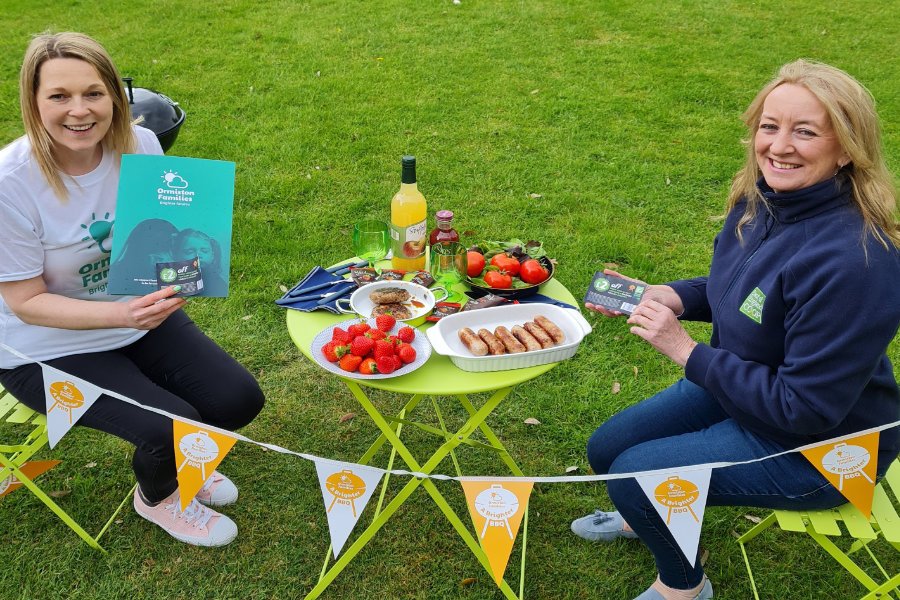 COME rain or shine, indoors or outdoors, East of England charity Ormiston Families is asking all of us to mark the return to socialising this summer with a celebratory BBQ
Never Miss A Copy
Sign up now to receive for free the latest magazine as an e-publication
SIGN UP

The organisation has joined forces with the Suffolk’s Stokes Sauces and East of England Co-op, to launch a summer-long fundraising BBQ initiative to mark its 40th anniversary year.

Between Friday 23rd July and Tuesday 31st August (a period of 40 days), families, friends, colleagues and neighbours are being encouraged to host their own BBQ fundraising event, staged in support of the charity’s work across the region.

Anyone registering as a host on the Ormiston Families website, will receive decorative bunting, sachets of Stokes Sauces and a £2 off voucher for any of the Co-op’s ‘Locally Sourced’ products, alongside a fundraising pack which includes a recipe card, sweepstake and event posters.

The charity hopes those taking part will be keen to share photographs of their own event via social media, using the campaign hashtag #ABrighterBBQ.

Gavin Lamb, from Ormiston Families, said: “Given the year we’ve all had, and the eagerness to celebrate the summer with friends and family more than ever before, we think a BBQ is the perfect way to gather people together and host something at home or in your community.

“This initiative is one part of a really important year for Ormiston Families, in which we’re marking our 40th anniversary and celebrating how much has been achieved by our organisation over the last four decades in helping young people and families in our neighbourhoods.

“It’s fitting that one way we’re acknowledging the occasion of our anniversary is to create events where people will be coming together and celebrating the sense of community and friendship, which is vital to us all.”

Partnering in the event initiative are Stokes Sauces and East of England Co-op.

“We’re delighted to be supporting local charity, Ormiston Families, with their A Brighter BBQ this summer,” said Vicky McTaggart, of Stokes Sauces.

“We hope that people will enjoy both the Stokes’ tomato ketchup and BBQ sauce included in the fundraising packs as well as getting creative with their BBQ by following one of our recipes.”

“Over the last 40 years Ormiston Families have provided essential services for young people and families, and the East of England Co-op is only too pleased to support their latest fundraising campaign, A Brighter BBQ,” said Lynn Warner, Engagement Manager, East of England Co-op.

“This is a fantastic opportunity for families and friends to come together over the summer months, whilst at the same time supporting such a worthwhile cause.”

Anyone interested in hosting their own event as part of A Brighter BBQ should visit the Ormiston Families website to register and donate.