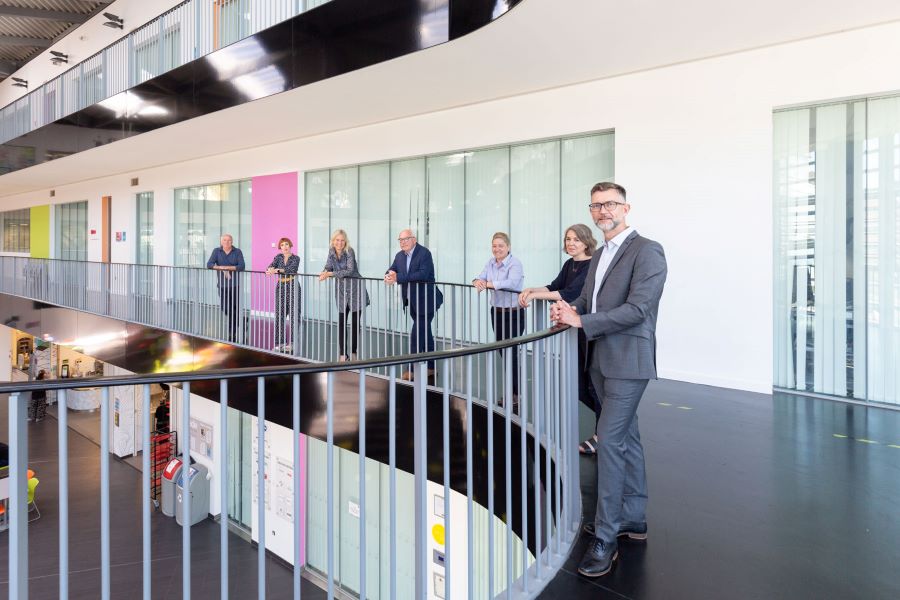 Ipswich Central, the organisation that represents town centre and waterfront businesses, has strengthened its Board of Directors with eight new members.
Never Miss A Copy
Sign up now to receive for free the latest magazine as an e-publication
SIGN UP

The organisation’s Chair, Terry Baxter, explains: “Over the last year, we have dramatically expanded our role within Ipswich town centre. We have done everything possible to support businesses through the very difficult period of covid restrictions and we are now helping to win customers and employees back with marketing, communications, and promotions.”

“In addition, our sister company, All About Ipswich, has just released an ambitious plan to boost visitor numbers over the next 2-years and, together with partners, we have unveiled the hugely ambitious ‘Connected Town’ strategy for the development of the town, part of which is to be funded by the Town Deal which includes the project to digitalise the town centre. With that breadth of important work, we need really great people to join us at Board level and I am delighted to have found them.”

Joining the Board are:

Lucy Baylis – Head of Creative Programmes at DanceEast, a role that also involves artist development, community and outreach, and education and training programmes.

Paul Copsey – Head of Client Services at Auditel, specialists in delivering cost management solutions, a presenter at Ipswich Community Radio and the new Chair of the Suffolk Chamber, Ipswich group.

Ellie DeGory – Partner of local architect’s, EDRM, who have worked on numerous projects in the area including the proposed Gecko building on the Ipswich Waterfront and the John Peel Centre in Stowmarket.

Mary Graham – Director and co-owner of Yellobelly, the brand agency she joined after working with The Financial Services Authority and The Money Advice Service in London.

Terry Hunt – former Editor of the East Anglian Daily Times and Ipswich Star, and the former Chair of the Ipswich Vision and Town Deal Boards.

And, Sophie Alexander-Parker – former Street Ranger with Ipswich Central who, having progressed through the organisation, was appointed as its Chief Operating Officer in January.

Also attending the Board meetings as an observer is Kerry Soar – Store Manager for Marks & Spencer in Ipswich.

Reach 100s of Suffolk`s top business leaders, for as little as £150