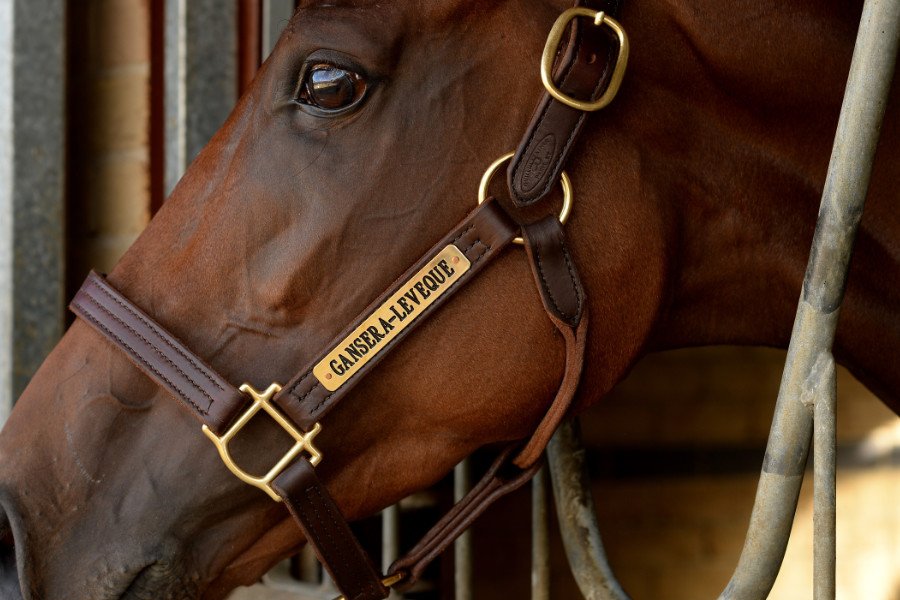 Reluctant starter gets new horseracing club off the ground

Newmarket trainer Ilka Gansera-Lévêque of IGL Racing
has joined racing HQ’s dual National Hunt and flat racing fraternity, prompted by a horse that wouldn’t come out of the starting stalls.
Published in Suffolk Director Magazine, Summer 2021
Never Miss A Copy
Sign up now to receive for free the latest magazine as an e-publication
SIGN UP

The reluctant starter, who proved to love jumping, is now running over hurdles in the blue and white colours of Ilka’s new racing club venture, Vantage Point Racing, for supporters of her picturesque St Wendred’s stables on Hamilton Road in Newmarket.

Just Once likes the jumps!

‘Just Once’, a six-year-old mare that showed good speed on the gallops, was curiously reluctant to leave the stalls, explained Ilka, who featured as the lead interview in the autumn 2019 issue of Suffolk Director.

“She would just stand in the stalls for around five seconds, by which time everything else had gone,” she said.

“It was really frustrating, as she was quick on the gallops and would then make up a lot of ground when she did condescend to get racing.

“We took her jumping to freshen her up, which often works, and she loved it.  We were lucky enough to get National Hunt jockey Nick Scholfield to school her and he was very complimentary about how well she jumped; coming from a Cheltenham-winning jockey that was pretty special.

“Although Newmarket Racecourse comprises of flat racing courses, the Rowley and the July, both my husband Stéphane and I have experience with teaching horses to jump, so I took out a dual licence and it’s given our new racing club members some fun following her.”

Newmarket is often referred to as the headquarters of British horseracing and is home to the largest cluster of training yards in the country and many key horse racing organisations, including Tattersalls, the National Horseracing Museum and the National Stud.

Established this year, Vantage Point Racing offers a package aimed at supporters of Ilka and husband Stéphane’s St Wendred’s yard, which is named after a saint who used healing waters from a nearby spring; it is the perfect location for a trainer who is also a practicing vet.

“We called it Vantage Point because the name implies a place or position affording a good view of something, but what’s a good view, without people to share it with”, said Ilka.  “Membership is £240 a year and joining the club can be a first step towards racehorse ownership. It’s also an easy way to feel part of the yard along with like-minded people.

“It’s very much a social club, and as well as providing invaluable networking opportunities and a perfect place to make connections, members can benefit from stable updates, race day tickets, a meet and greet with our jockeys, newsletters, videos and stable visits; we are also planning a trip to see the healing spring!”

Get Really Close To The Action

Join the Vantage Point Racing Club to give you a wonderful opportunity to not just watch racing, but to participate and to be actively involved.