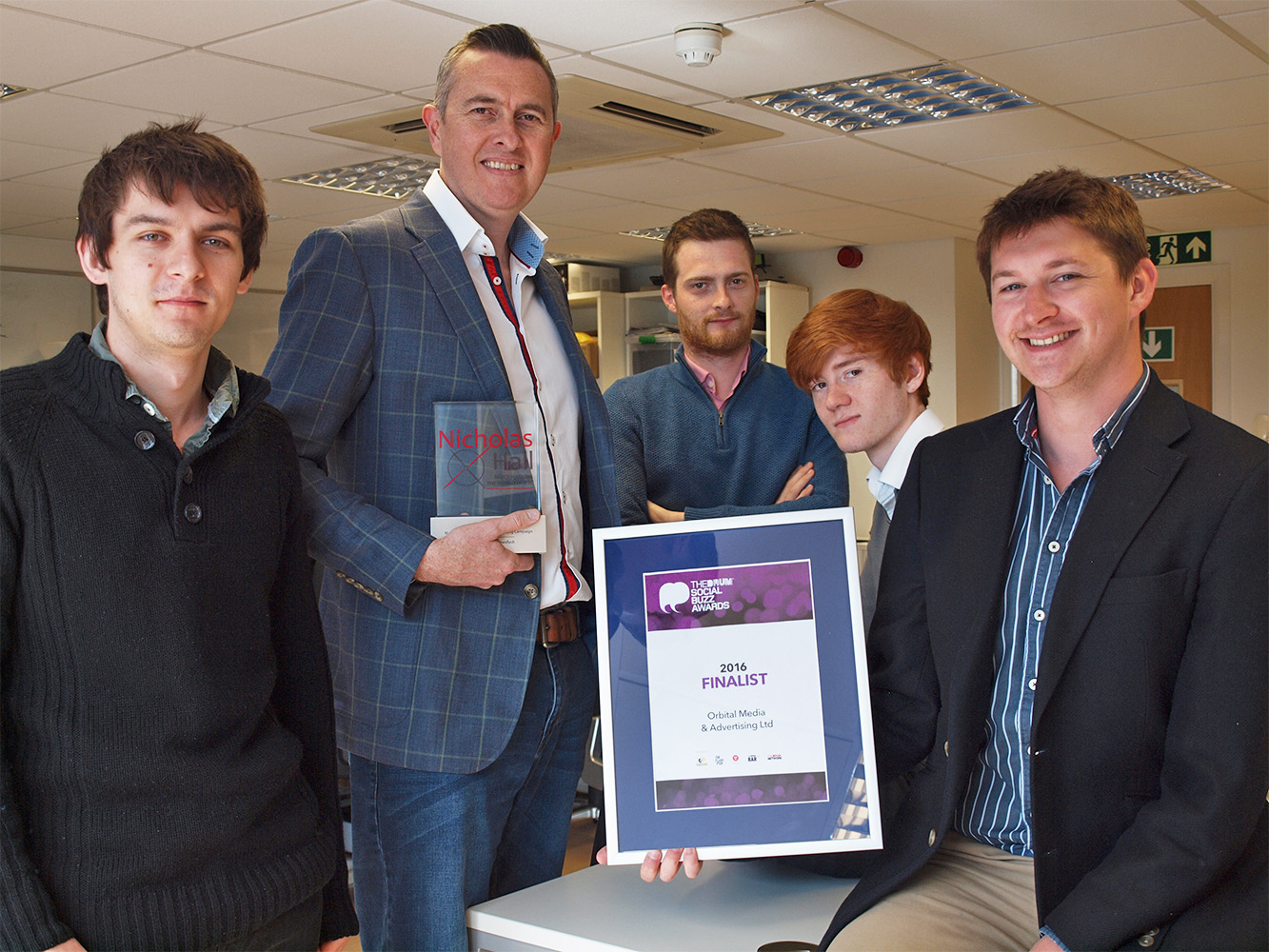 Local digital agency, Orbital Media, has just topped its recent run of award wins with the most prestigious one yet – an international marketing award.

The team in Stowmarket were honoured to win the Nicholas Hall, Most Innovative International OTC Marketing Award for its Sudocrem campaign ‘Would you Rather’. The initiative used existing Facebook functionality to generate an astounding 420,000 social media interactions and reached 26 million people, in a variety of global markets.

The Nicholas Hall Awards for marketing and creativity are designed to highlight and reward outstanding achievements in global Over The Counter (OTC) consumer healthcare. Acting on behalf of Teva UK Ltd (owner of Sudocrem), Orbital Media secured the award in the face of stiff competition from Swisse (Proctor and Gamble Teva – PGT Healthcare) and Cenovis (Sanofi South Korea).

Commenting on this latest win, Peter Brady, CEO of Orbital Media said: “Receiving this Nicholas Hall international award is an honour. We are thrilled that our campaign has been internationally recognised for its innovation and commercial success. It’s a testament to our team’s ongoing dedication, creativity and innovation that we continue to deliver market leading results for our clients”

Nicholas Hall, Chairman and CEO at Nicholas Hall added: “Winning a Nicholas Hall OTC Marketing Award is regarded as one of the most meaningful accolades in the OTC industry. Orbital Media are highly deserving winners with a campaign that delivered on both creativity and outstanding results.”

This latest win joins the company’s growing trophy collection, which includes two highly commended campaigns at the OTC Bulletin Awards, in March this year. Orbital Media were also a finalist at the Social Buzz Awards, run by the UK’s leading marketing magazine, The Drum, in October last year.

Orbital Media is one of the UK’s most innovative digital agencies. Led by Peter Brady and Hayden Allen-Vercoe, it uses the latest technology and marketing strategies to connect brands with consumers. The agency works with a range of well-known brands including Aviva, adidas, Sudocrem, Infacol and Aga Rangemaster. Most recognised for its multi-award winning social gamification campaigns, the agency also specialises in pioneering technology solutions using Virtual and Augmented Reality, in particular for the healthcare sector. Founded in 2003, the agency now has three offices in the UK – Stowmarket, Farnham and Central London. You can find out more at: www.orbitalmedia.com.