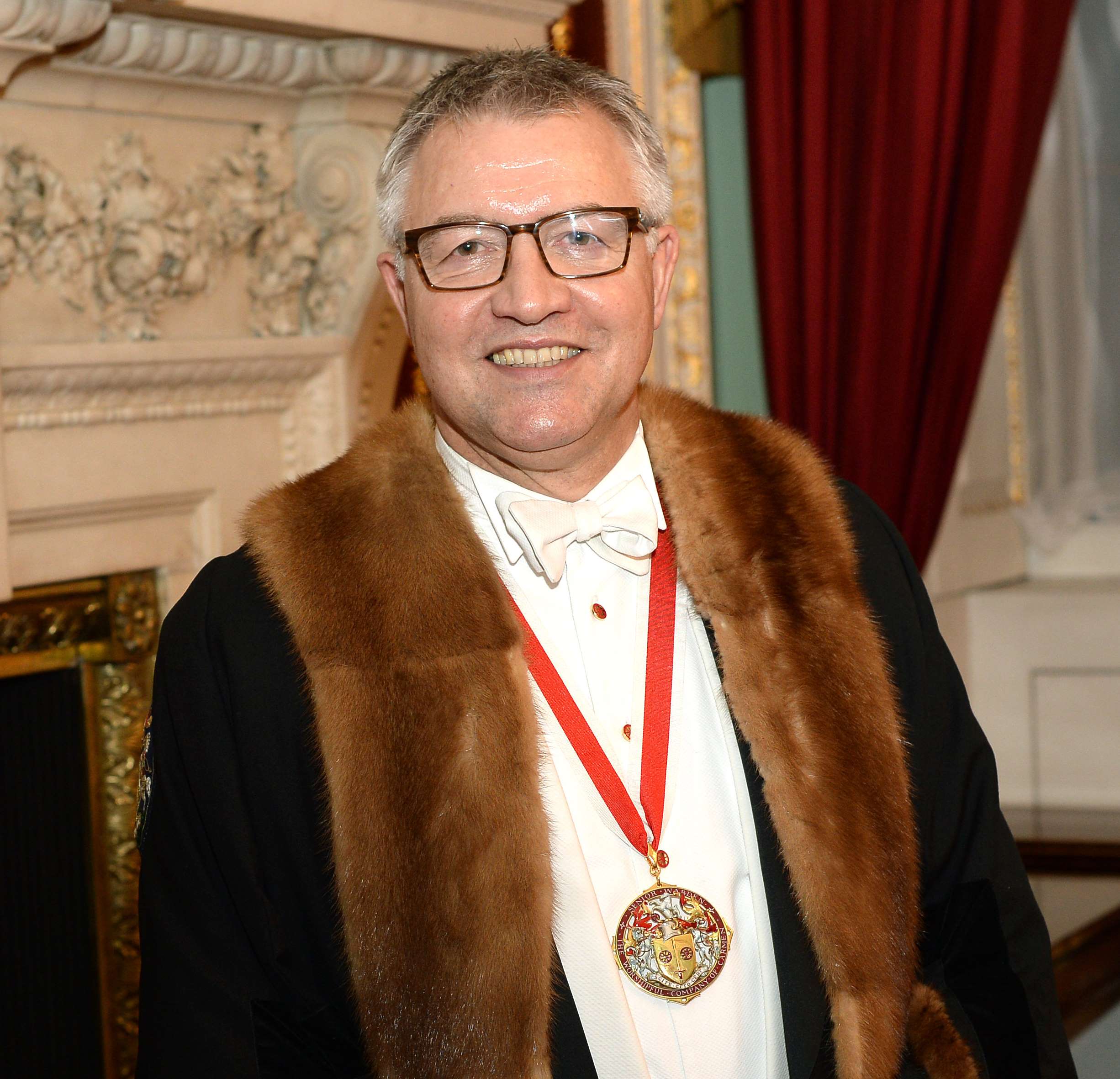 On 17 October Suffolk logistics expert Stephen Britt joined City movers and shakers when he was installed as Master of the world’s oldest transport organisation – the Carmen of London –  “a charitable fellowship and a force for good.”

Stephen Britt, who runs a logistics and warehousing business in Suffolk and is a key figure in the county’s commerce, education and the movement of goods, was installed as the new Master of the Worshipful Company of Carmen at a fully booked ceremony at the church of St Sepulchre-Without-Newgate.

The Fraternyte of Seynt Katryne the Virgyn and Marter of Carters was founded in 1517 during the reign of Henry VIII to serve the City of London, carry the Crown’s goods, keep the streets clean, and regulate the carters’ trade.

For five centuries, the Carmen have promoted fellowship and charitable support, especially for carmen in need and poor scholars, highlighted the achievements of the transport sector in building the nation’s prosperity and honoured the selfless dedication of the UK’s armed forces transport personnel.

The Company is currently one of the largest Livery companies of the City of London, listed number 77 in the order of precedence, with approaching 700 members, including some 500 Liverymen, 170 Freemen and 40 Apprentices.

In recent years, it has modernised its purpose and ways of working, achieving a supplementary Royal Charter, its philanthropic objectives focused on furthering the occupation of carmen, and transport and logistics education for the public benefit.

The Carmen have recently converted their Benevolent Trust into a new Charitable Incorporated Organisation and in addition, the Carmen’s St Dunstan Heritage Trust was formed last year to acquire, restore and operate a Grade 1 City premises to house the Company and both charities for public benefit.

Carmen support gifted scholars from disadvantaged families at a school with which the Company has been linked for three centuries – Christ’s Hospital. They have enabled others to attend King Edward School Witley, equipped disabled children at Treloars College, and are actively planning career support for inner London state pupils in transport.

For the last year, Stephen Britt has served as the Company’s Senior Warden and now replaces his predecessor, Patrick Marsland-Roberts TD. He does so 25 years after his own father, with whom he founded Anchor Storage, served in the same role.

“This great honour is both personal and professional for me. Thanks to the influence of my father, all my adulthood life I’ve been a Carman and so have seen at first hand the supportive services it offers others and their families, especially at times of need.

“But I can also recognise how in the modern era, it may seem strange that we – and other such Liveried Companies – still exist, except perhaps for ceremonial reasons.

“So, I hope that during my year as Master I will be able to better highlight and support the rollout of our many charitable works to both fellow Carmen and wider society. The Worshipful Company of Carmen is a force for good, based on old-fashioned values of fellowship and social obligation, values much needed in the world today.”

“With the advent of E-commerce, virtual warehousing and just-in-time supply chains, the world of transport is quantifiably different to that of even 50 years ago, leave alone 500. But our role remains as relevant as ever.”

The Worshipful Company of Carmen organises many events throughout the year, including its Charity Luncheon, Joint Services Awards, a Foundation Day service and the highlight of their year, the City’s biggest spectacular after the Lord Mayor’s Show, where ‘carts’ old and new are ceremonially marked at London’s Guildhall, normally in the presence of the Lord Mayor – celebrating the origin of vehicle licensing.

Read More
PrevPreviousInvest in Suffolk Ambassadors’ dinner “a celebration of those telling the Suffolk story”
NextTeam Dedham raises over £5,000 for the Colchester Cancer CampaignNext