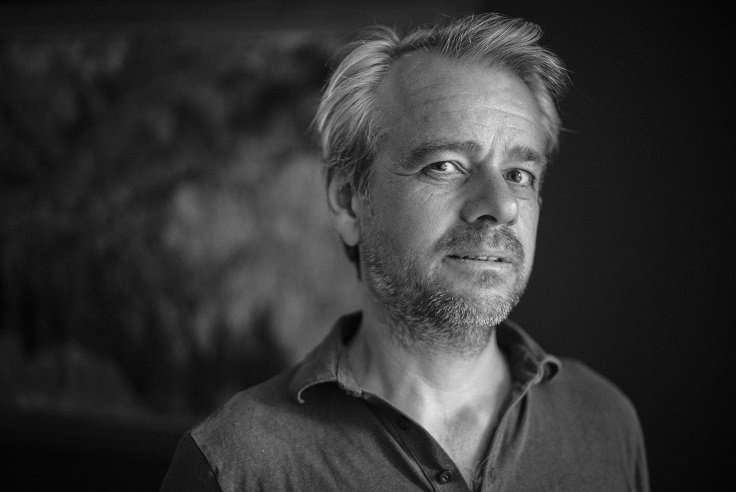 Published in Norfolk Director Magazine, Spring/Summer 2019
Never Miss A Copy
Sign up now to receive for free the latest magazine as an e-publication
SIGN UP

Armed with 25 years’ experience within digital start-ups and consulting, Norfolk entrepreneur and disruptor, Chris was appointed as Chief Executive of Norfolk Chambers of Commerce in June 2017. His focus has been building on the Chambers’ 120 years of trading, by elevating customer interaction and developing a new digital and media platform which will allow the organisation to transform into the most relevant business membership group of its kind.

Chris lives in Norwich with wife Rachel and dog ‘Boo.’ His son Ed is currently at Lincoln University and daughter Flo is heading to Brighton University in September. In his spare time, he runs, likes to ski and is still renovating the family home bought in 2007.

Describe yourself in four words? Bit of a rebel.

What was your first job? Hiring rowing boats on a marine lake near Liverpool. If people were reluctant to bring them back, I would jump in a tiny speed boat, with a very big angry dog and explain that they needed to row back to the jetty faster than me, or the dog would be joining them.

What frustrates you? My stupid fat thumbs!

How do you spend your leisure time? Music is my passion.
I sing in bands and the whole house is wired for sound.

What’s your favourite television programme? Star Trek, The Next Generation – the one with Captain Jean-Luc Picard. Yup – I’m a geek!

What’s your favourite food? There’s so much yet to try but if I was put on the spot, it would be a bacon sandwich. Thick smoked bacon, white doorstop bread with butter, HP Sauce – all washed down with a pint of Adnams.

What food do you hate?
Celery. I hate celery and, oddly, it also hates me.

What is your biggest weakness? Coffee. Black Italian espresso coffee to be exact. If coffee hasn’t happened, then neither do I…. we now have good coffee in the office.

Where are you happiest? Any place that includes my wife and family, preferably a ski slope but the sofa at home is just as good.

What was the first record you bought?
Kraftwerk, ‘The Model’.

At school, what were you good at? Absolutely nothing which was annoying as I tried hard. 20 years ago, I took tests and was diagnosed as quite dyslexic. It all started to make a lot more sense after that.

What one material thing could you not do without? My Italian Bialetti 6-cup espresso maker. It even goes on holiday with me.

You’d go to a fancy-dress party as? First officer Will Riker from the United Federation of Planets Starship Enterprise (NCC-1701-D). Told you I was a geek!

What poster did you have on your bedroom wall as a child? I had a poster for every Womble, all 12 of them. 40 years later it came in handy at a pub quiz: ‘Name two Wombles whose name begins with the letter T – that would be Tobermory & Tomsk! Dyslexia is a funny thing – I remember all the 12 Wombles from when I was eight years old but never my pin number!

How many attempts before you passed your driving test? A better question is, when did you pass your test? The answer would be two weeks after I was given my first company car… awkward!

Read More
PrevPreviousEntrepreneurship and HR
NextCyber necessities for your businessNext