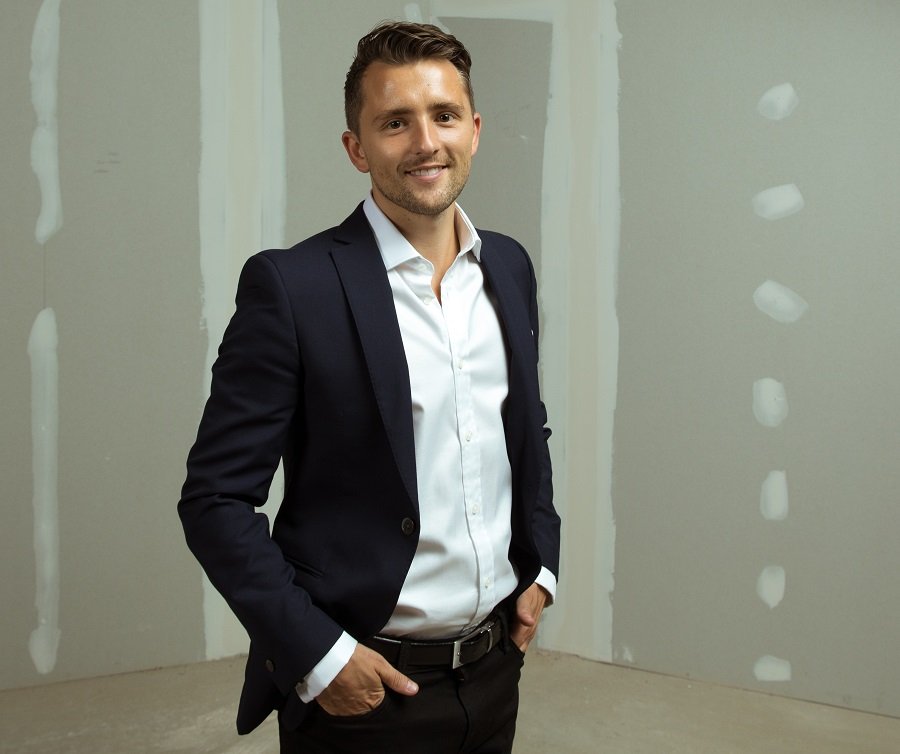 KIERAN MILES Co-Founder - Duco The Boldest Adventure Brand in the World! Kieran grew up in Norfolk as the son of a stonemason and chiropodist. Published in Norfolk Director Magazine, Winter/Spring 2020
Never Miss A Copy
Sign up now to receive for free the latest magazine as an e-publication
SIGN UP

He loves ideas, people and solving problems and from his teenage years, he has called himself an entrepreneur; mainly so he could explain to his parents why he was throwing his hard-earned pocket money at random ideas.

At 17 years old, Kieran was running the biggest under-18 music nights in the East of England. He has sold wind turbine blades, armoured glass and consulted on £450M worth of retail asset in the UK to develop a future-proof strategy. He also founded The Avocado Club, a UK-wide networking events group.

In 2016, along with a friend and co-climber, Kieran founded Duco®. Based in Norwich, it produces sports clothes using ocean plastic. In 2019, Duco® kitted out GB’s climbing team and they qualified for the Tokyo 2020 Olympics, literally wearing fishing nets!

For Kieran, it’s always been important to help solve local problems, so he has set up several projects, like #DigitalCity and LeadNorfolk, to support education, health, and the environment.

This year he will launch the ASK campaign which aims to tackle mental health provision in the workplace; an initiative that is a direct result of his own personal battles with mental health in 2018/19.

Although some previous work has been recognised with national awards, he is most proud of being an Associate Fellow of the Royal Commonwealth Society; a role which gives him the opportunity to work with young people across the world to solve some of the planets most pressing issues.

Describe yourself in three words? Start with love.

What was your first job? Paperboy.

What frustrates you? Littering. Please put your rubbish in the bin, or better still, recycle it!

How do you spend your leisure time? With friends and family, dinner parties, rock climbing and brunching.

What’s your favourite food? Tough one. So, I’ll have to say bread. It’s just versatile and I love it.

What food do you hate? Cucumber sandwiches, like soggy ones. Yuk!

What is your biggest weakness? Questionnaires like this. And bread. I can never say no to bread.

Where are you happiest? What a question – I would have to say when I’m with good people. Positivity attracts positivity, and it breeds it too.

What was the first record/CD you bought? Kayne West’s Through the Wire.

At school, what were you good at? Avoiding detention. Although I loved poetry, sports-ed and drama.

What one material thing could you not do without? It’s a toss-up between headphones, the CALM app and a pen. I love music, meditating and doodling on EVERYTHING.

You’d go to a fancy-dress party as? The Great Gatsby, because I love a tux.

What poster did you have on your bedroom wall as a child? Assuming you’re not interested in the periodic table and the human anatomy, it was Michael Owen wearing an England kit.

How many attempts before you passed your driving test? Aced it first time. 8 Minors though.

Contact us for more information about your advert going here