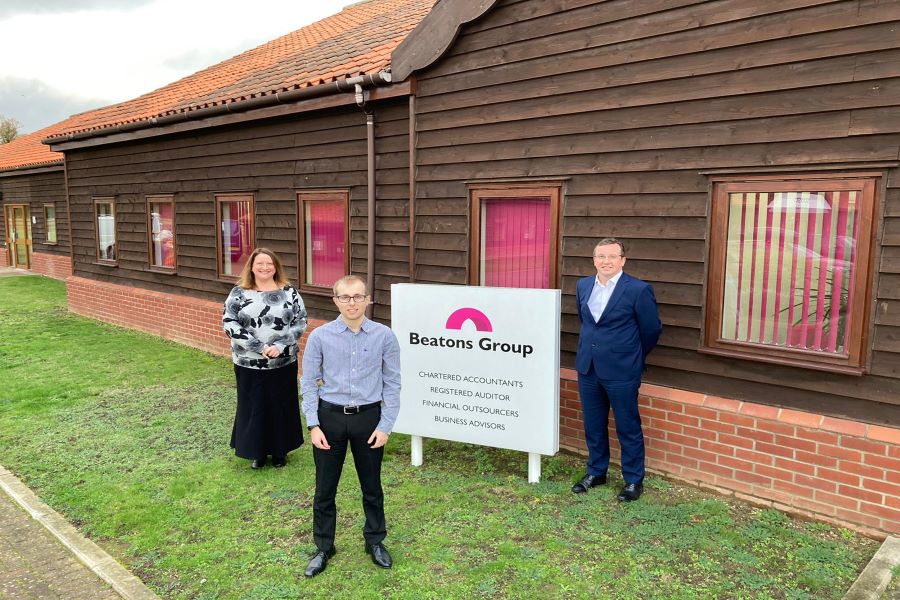 University isn’t the only option after school

This year has been one like no other for school leavers. Where previous ‘classes of’ were able to leap into jobs or further education with confidence, the coronavirus pandemic has left young people losing their grip over their dream careers.
Never Miss A Copy
Sign up now to receive for free the latest magazine as an e-publication
SIGN UP

With even the most established of UK employees tackling uncertainty over the future of their positions, it is no wonder that those looking for their first jobs are struggling to find them.

The likelihood of young people remaining reliant on mums and dads, or of finding work out of necessity rather than passion, is increasing as the country continues to feel the effects of COVID-19.

Yet for Ipswich-based chartered accountants Beatons Group, the company has taken the opportunity to hire trainees who were keen to start their career and move straight into the world of work from sixth form.

James Barker, 21, joined Beatons Group in 2017 as a trainee accountant. After studying maths, economics and physics at his high school sixth form, he preferred to kickstart his own career rather than enrol in a university course.

He said: “I knew that I enjoyed maths and economics at A-Level and so I tried to head towards a career that incorporated the two.

“I felt more suited to the workplace than university. I was looking for a role in finance and heard Beatons were looking for trainees to recruit so I was interested straight away.”

Director Nick Marshall, who joined Beatons as a trainee 36 years ago, underlined the importance of apprenticeships in developing a workforce fit for the future.

He said: “Apprentices are so important to us at Beatons. Although students receive plenty of industry knowledge at university, apprentices get a head start in terms of the practical experience they gain when they are actually in the office.

“James has learned communicative and organisational skills during his time here that are crucial to him having a successful career in this industry.

“His apprenticeship has given him the perfect platform to continue learning about accounting in theory and in practice.”

James’ time at Beatons has been assisted by the company’s longstanding commitment to supporting apprentices.

He added: “I’m very lucky in the sense that everyone at Beatons is happy to help. There are also a few people here who have been in my position as an apprentice years ago, so they’re both a benchmark and a great help.”

James also believes that the notion of being in the workplace aged 18 as ‘boring’ is something young people should not always believe.

“The office definitely isn’t boring!” he said. “We have a great mixture of workers, both old and young.

“There’s a great atmosphere in the office and, although we work around the clock, we often stop for a chat and a laugh.

“We even join a Fantasy Football team every year with other local accountants, law firms and solicitors. It is fun here and the team really feels like a family. I can’t imagine having taken another route into work.”

As the country aims to get back on its feet while young workers find theirs, the introduction of the government’s Kickstart scheme is more important than ever. The initiative aims to get young people aged 16-24 in jobs for the long-term.

From L-R: Director Stephanie Hammond, James Barker who joined as a trainee in 2017, and director Nick Marshall. Credit: Beatons Group