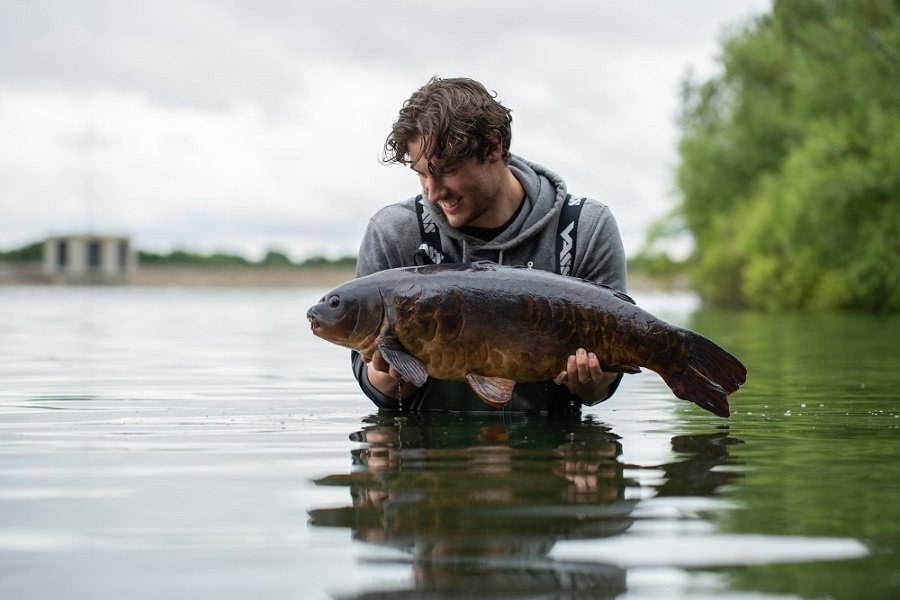 As Great Britain’s number one javelin star, Harry Hughes ought to have been making his last training tweaks ahead of Tokyo 2020 in the coming days.
Instead, the 22 year old has seen his sporting ambition placed on pause, and has turned his attention to creating an online fishing marketplace with his two brothers.
Never Miss A Copy
Sign up now to receive for free the latest magazine as an e-publication
SIGN UP

A competitive athlete since the age of 15 and crowned British champion again last year at the Alexander Stadium, Harry has spent lockdown getting his training hours in at a local school, close to his home in Stowmarket.

Ever the motivated and goal-oriented athlete, he has also managed to secure a huge half a million pounds worth of seed investment in an online marketplace for anglers – an idea close to his heart, given his ‘downtime’ passion for fishing.

With brothers Kane, 30, and Daniel, 25, he will turn the ecommerce site, aptly named Dangler, live on the very day which the Games was meant to have been starting in Tokyo – 24th July.

Dangler is a unique marketplace, which for the first time creates a designated space through which hobby anglers, and even high-street tackle shops, can sell and purchase equipment.

It’s an idea which has been in the minds of Harry and his brothers since 2017, and lockdown proved the perfect opportunity to bring it to life.

“As an athlete, my entire focus over recent months and years has been trying to get a place on the 2020 Olympic team,” says Harry.

“In fact, I’ve been doing javelin since the age of nine, and training daily since I was 15, so when the world of sport was put on pause, it was a huge change to my life.

“Suddenly I went from being a long-listed athlete, all set for attempting to make the Tokyo team, to looking at where and how I could try to maintain any level of training in a period of unprecedented shutdown.

“I was fortunate enough that a school local to me in Suffolk offered me their playing field to keep up with my schedule, but it also gave me a really perfect opportunity to pursue the idea of Dangler with my brothers, and to push toward a live launch this summer.”

Harry and his brothers have been keen anglers since their childhood, and have often used shared fishing time to catch up with each other amidst the athlete’s busy training schedule and global travel schedule.

Their frustration at a lack of designated resource for anglers, sparked the entrepreneurial concept three years ago, and has been a ‘behind the scenes’ consideration for the family team.

“Obviously I wouldn’t have wanted this unprecedented period to happen in terms of my sporting ambitions, but I do have to consider myself fortunate,” says Harry.

“I was presented with the opportunity to keep some training going, and was able to pause, reflect, take some time to actually do some fishing myself – and develop a business which I’m really excited about.”

The trio have got off to a great start, including securing a seed investment for £500,000, to help build the prototype platform.

Such has been the early interest in the concept pre-launch, that the brothers already have over 5000 subscribers (and counting) to their platform, and has seen 15,000 visits to its website over the last month.

While Harry cannot guarantee when his sporting career may take flight again in full, he can in the meantime turn his attention to getting out of the starting blocks with a business he and his brothers very much hope will be of ‘olympic proportions’.

For more information about Dangler, potential recruitment opportunities, and the forthcoming platform, email info@dangler.co.uk. You can sign up to register your interest in the new platform in advance, by going to www.dangler.co.uk.